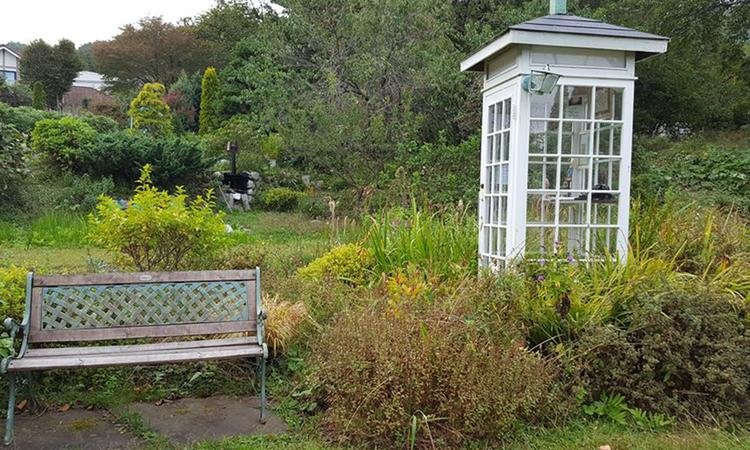 Table of Contents show
1 Life and death are interconnected:-
1.1 A unique way of connecting with the dead ones:-
2 Reason for setting up this telephone booth:-
3 The popularity of the unique telephone booth:-
4 Wind phone became an inspiration to others:-

Life and death are interconnected:-

It sounds weird that a telephone booth connects people to the dead ones. Because life and death terms are very complicated.  Looking the two sides of the same coin reflects something that is closely connected. Same is the life and death. They are that two sides which are interconnected. There is a close relationship between the two. Both are the ultimate truth. The only difference between both the truths is that we love life and fear the death.  But that’s how it goes, one’s journey begins with the life and ends with death.  Even knowing this, we still hate this word ‘ death’ because it takes away our loved ones forever. It gives so much pain that we can’t easily get away with it.

A unique way of connecting with the dead ones:-

Only after we lose someone very special we realize that there are so many things which are unsaid. At that point of time we wish that may we could get another chance to express our true feelings towards those who left us. Though we know this is not possible. But what if people get that another chance. It seems unreal. But there is a telephone booth that connects people to the dead ones.

About the unique telephone booth that connects people to dead ones:-

The sudden demise of someone very close brings void in our life. We don’t really understand how to deal with that grief. Norman Cousin had truly said that “ death is not the greatest loss in life. The greatest loss is what dies inside us while we live .” This is what exactly happens when someone very close dies, it felts as something has died inside us. To overcome that grief is very difficult for anyone. But still few people manage it very well. One such example is of a man, named, Itaru Sasaki who set up a unique telephone booth to overcome his grief. He installed this white telephone booth in his garden on a small hill of Otsuchi after the death of his cousin in 2010. Saski called it, ‘ Kaze no Denwa’ which means the wind phone.

Reason for setting up this telephone booth:-

Sasaki set up this booth because he felt that his thoughts cannot be conveyed over a normal phone line and wanted his thoughts to be carried away by the winds. Also, he wanted that people should start their lives as soon as possible through this booth.

The popularity of the unique telephone booth:-

Initially, only he used this booth to connect with his cousin. But soon after the devastating earthquake and Tsunami of 2011 in Japan, this booth became a favorite place for the people to deal with their grief. Though the phone inside the booth is disconnected, people feel that their loved ones who died are listening to them. There is also a notebook near the phone in the booth to write messages to their loved ones. Since then this booth became very popular. Till now the booth has been visited by more than 25000 people.

Wind phone became an inspiration to others:-

Otsuchi’s wind phone not only provided people an opportunity to overcome the grief of their lost one but also worked as an inspiration to other people to come up with the same idea in their own country. Recently this was seen in Wellington, where a nurse, Mo Blishen set up a small telephone booth. She installed this booth on Owhiro Bay Beach to help people to have communication with their lost loved ones. She said, “ we don’t often get to say what we want to people before they die.” This phone booth will help them to move ahead in their life.