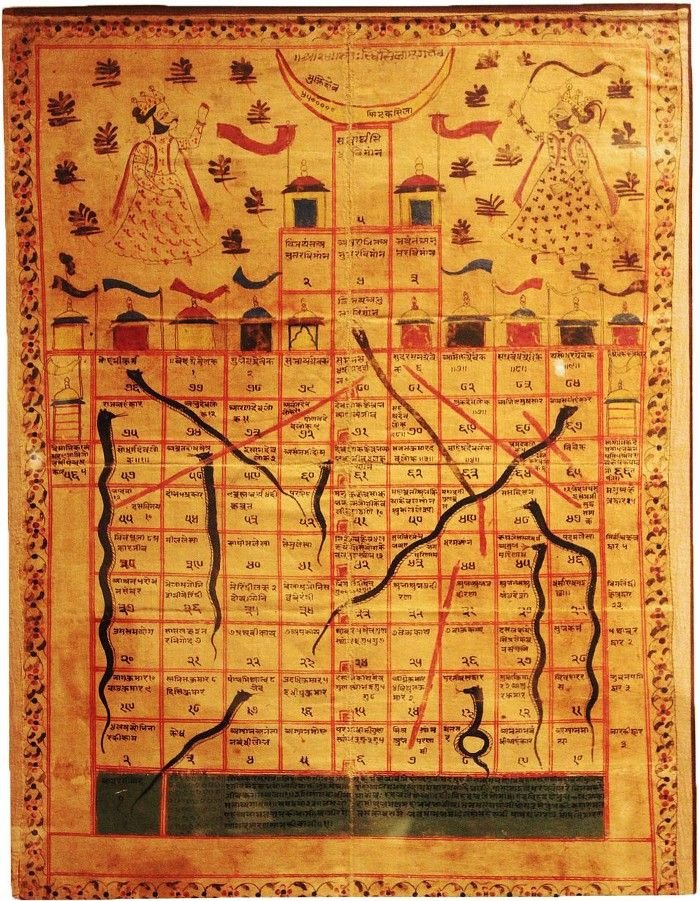 On a scale of 1-10, how clueless and surprised will you be if someone asked you about the very famous indoor game “Mokshpat”? Would it be a 19? Well, I will not be shocked because although we have played this indoor game all our life, not many of us might know in depth facts about this game.

Remember the times in our childhood where three to four of us would sit at home, and roll the dices of luck and try reaching square 100 from square 1? Remember the times of sadistic pleasure we got when we saw how our friend would come up to square 97 on the board and suddenly get swallowed by the snake and get pushed down to square 40? Yes. I am talking about Snake and Ladders!

The most famous of all the indoor games we played as children. It will be a surprising fact to know that this game was invented in India! And what is more surprising is the fact that this was actually a metaphorical game to show the effects of Karma and Punya! Did we ever think that such a simple game would have such a deep meaning hidden under it? Read more to find out!

Snake and ladder were previously known as “Mokshpat” which literally means the path to salvation. This game was invented in the 13th century by the saint Gyandev. It was later adopted and played by the British under the name Snake and Ladders and the Americans knew this game by the name Chutes and Ladders.

Whatever the name might be, the game was basically about traveling from square 1 to square 100, where your moves were based on the luck of two dices. In the game, there were snakes – which represented vices, or all the punishments that one got for bad deeds, and ladders – which stood for virtues like generosity, faith, and humility and kindheartedness. It was based on the theory of Vaikuntapaatali or the staircase to Vaikunt, the heavenly abode of Lord Vishnu. It signified that the good and reapers of “punya” went to heaven whereas; the evil doers or the collectors of “paap” got caught in the numerous cycles of rebirth and punishments.

It is surprising to know that certain squares had an attribute associated with them as well. Each stood for something good or bad. This is what each of the specifically numbered squares stood for:

The squares of virtue are:

The squares of vice or evil are:

The Square 100 represented Nirvana or Moksha.

This game then became famous for gambling and thus carried few taboos and dos and don’ts to play it as well. Some of the few popular myths about snake and ladders were:

At home, you would be frowned upon by your grandmother or parents if you played the game after 6 Pm. This was because 6 PM was considered to be an auspicious time were the lamps were lit and the house was kept clean to make sure Goddess Lakshmi was pleased. Thus, playing snake and ladders after 6 PM was seen as a sign of bad luck to the house. Logically, the children were not allowed to play this game after 6 PM because if they played for too long right before the initial sleep hours, they might get nightmares or disturbed sleep after constantly seeing images like snakes.

Since snake and ladders were associated with gambling, it was seen as a game that might bring bad luck and people were cautioned to not get addicted to this game. History and epics tell us that the Pandavas lost all their wealth and were humiliated because of gambling and Yudhishtra’s addiction to the game.

Apart from such rumors and myths, the game still is predominantly played by all of us and is something that has been very integral to our childhood days! But it is very interesting to know how our ancestors inculcated morals from the small games that we played to the many of the folklores, stories, tales, and epics that we learned. Value-education was something that began at home and at a very early stage of our life so that we were morally disciplined.

So, readers! Do you know any other interesting fact about Snake and Ladders? Or any regional game that was played which had such a deep metaphorical meaning behind it? if yes, share it with us in the comment section below! 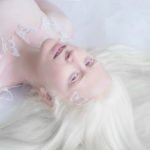 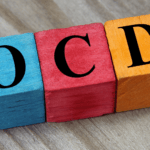