Table of Contents show
1 The right way of sleeping
2 In early 1990, psychiatrist Dr. Thomas Wehr conducted an experiment to study the sleep pattern of his subjects by placing them in the dark for 14 hrs a day for a month.
3 It was only after the Industrial Era that people had access to artificial lights.
3.1 image source

The right way of sleeping

When we think of a good night’s sleep, we think that sleeping for 8 hours straight is an answer.

Anything less than that might be considered as ‘poor sleep’.

Sleeping by 10-11 pm is the norm. Or maybe, in the case of urban population, going to bed at 12-1 am and sleeping in long after sunrise might be the way to go.

However, it may surprise you that your ancestors never slept for 8 hours at a stretch!

In early 1990, psychiatrist Dr. Thomas Wehr conducted an experiment to study the sleep pattern of his subjects by placing them in the dark for 14 hrs a day for a month.

By the 4th week, he observed that people slept in two bouts.

The first sleep lasted for 3-5 hours. Then they would be awake for 1-2 hours. And then again slept for 3-5 hours until the day-break.

This sleep pattern was noted to be bi-modal sleep cycle.

In 2001, Historian Roger Ekirch published a paper after 16 years of research with references to ancestral sleep pattern where the bi-modal sleep cycle was widely observed.

These references document the first sleep, that started two hours after dusk, followed by waking periods of one to two hours. Then second sleep that would last for a couple of hours. Basically, they pretty much slept from the sun to sun.

The onset of sleep occurred due to a spike in Melatonin hormone. Melatonin is secreted by the pineal gland in the brain, when we are exposed to darkness, away from natural, or artificial light.

In the early times, the late evenings were considered an hour of criminals, prostitutes, drunks. It was not meant for a person belonging to a prestigious background.

Also, there were no artificial lights available for people to go about their business. Only the elite could afford to have lights in the form of candles. But, even they would rather spend their money on other commodities than on burning candles.

It was only after the Industrial Era that people had access to artificial lights.

Ever so slowly the sleep pattern began to change. People started stretching their day to carry on with their business.

During the pre-industrial periods, people woke up in the middle of the night for 1-2 hours. They utilized their time for various activities such as meditation, reading, praying, or smoking tobacco. Some would even visit neighbours. Then later, they drifted back to sleep. Scientist suggests that our “unnatural sleep” is the main reason so many people suffer from anxiety, stress, and other health issues.

But 1920, the bi-modal sleep cycle pattern completely vanished, and people adapted to the 8 hours of the sleep cycle.

This may be attributed to the upsurge of domestic lighting, street lighting, and a boost of coffee shops. As working and socializing at night became a way of life, the time of rest periods dwindled.

I wonder if when they said, ‘Early to bed, early to rise’, they were actually referring to going to bed at sunset!

Adi datt - July 6, 2018
0
These black and beautiful dishes are trending these days. Eateries across the world are using this fine black...

This Is What Practicing Surya Namaskar Everyday Does To Your Body! 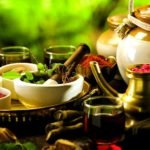 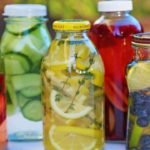 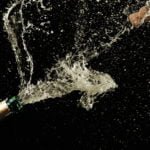 Have you ever wondered how Champagne is made?

Reetu Udasi - December 28, 2018
0
Here is a quick short journey-- how grapes make their way from vineyard to bottle and finally in your glass-- the process... 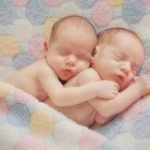 The “Rescuing Hug” That Stunned The World And Changed The Medicine

Darsh Patel - January 23, 2018
0
There are so many wonders in the acknowledgment of this world that are beyond our thoughts. The theories of science, logic, and... 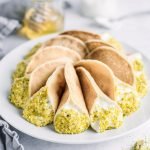