What comes to your mind when you think of a funeral? Burial, cremation or the internment of the mortal remains of the body? But the funeral rituals of the Yanomami might be a source of amazement.

Table of Contents show
1 Who are the Yanomami?
2 What is Endocannibalism?
3  Why is this ritual performed?

Who are the Yanomami?

Yanomami are the group of indigenous people who live in the villages of the Amazon forest on the border between Venezuela and Brazil. The Yanomami have an occupation of hunters, fishers, and horticulturists.

The whole Yanomami tribe do not live as a united group together but rather as individual groups associated with their villages. The whole village lives under one roof which is called the shabono. Shabono is constructed of thatched palm leaves and wood. Today the Yanomami population is approximately around 35,000.  Each village is controlled by a leader called as tuxawa as they do not hold a common leader for the whole Yanomami community.

Rituals are very important among the Yanomami culture, and one such ritual is the death ritual of Yanomami where they perform the practice of “endocannibalism“.

Endocannibalism is the practice of eating the flesh of a human being from the same community, usually, after they have died. Here, the Yanomami consume the bones of the dead instead.

Death is an important subject to the Yanomami and there is no way they can show any carelessness to it. The people of Yanomami consider it essential to keep the soul of the dead, among them and in the generations to come.

So, when anyone dies in the community, they primarily envelop the body. Then place it in a forest, not too far from their shabono. They let the body in the forest for a few days and let nature perform its work. Then after the soft tissues are broken down, the bones of the body are gathered and the cremation is performed. After the body is cremated, the ashes are then collected to be consumed. The Yanomami further prepare a soup which is made using bananas. The ashes then become an ingredient of the soup.  To every member of the group the soup is served and is usually(there can be exceptions) finished in one sitting.

Why is this ritual performed?

They believe the process of consuming the ashes of the dead, keeps the soul alive within them. Unlike the rest of us, Yanomami does not believe in death being a natural procedure of life instead they believe that a person’s death is a result of an attack of an ungodly spirit from the other tribe’s shabono. They believe if this ritual is not done the soul would be trapped in the universe of life and death. So by eating the ashes, they feel that the dead is again a part of them. Of course not by the body but by the soul.

Therefore it helps them keep the dead, living in them.

Read also – Now Drink Your Own Self! Introducing – The Selfie Coffee 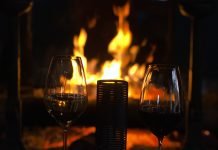 Facts About Wine – They Are As Old As The Beverage

Meghna Gopal - June 20, 2018
0
The older it gets the better! Wine is one of the exotic drinks found in most of the British households. It is...

Is Salt In Toothpaste Really Useful? 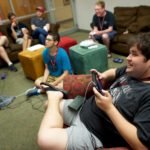 Kajal Walwani - June 15, 2017
0
Autism, what you get to imagine when you hear this word? More often a mental disorder, or a genetic neurodevelopmental condition that's... 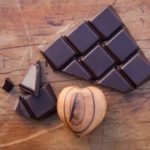 Dark Chocolate Miracles – Who knew dark chocolate can be this useful

Nidhi Khurana - October 21, 2017
0
Are you stressed? Grab chocolate! Extremely happy? Grab another one! Now be fearless to have chocolate. Good news for... 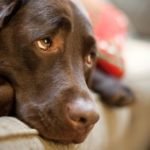 Srushti Palkar - October 3, 2019
0
If you are a picky eater, you won't understand the thrill when it comes to trying bizarre and exotic food. But if... 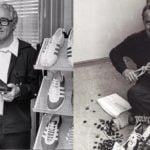