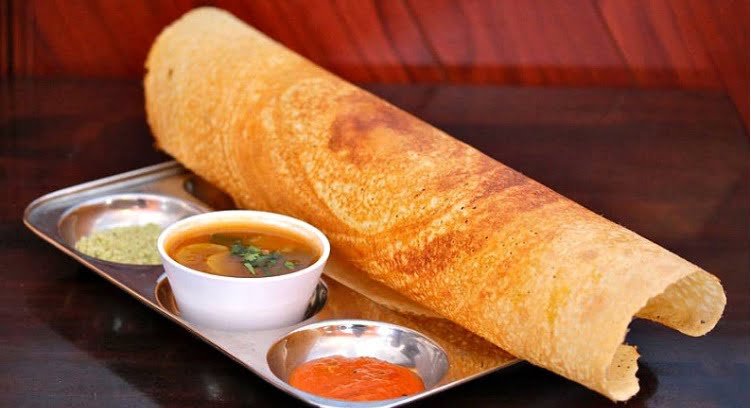 Indian cuisine is known for its immense variety traditional and regional food all around the world. With the blend of locally available spices, vegetables, and herbs, Indian cuisine has gained a mark as one of the best cuisines around the world. There are diverse cuisines within Indian Subcontinent out of which south Indian cuisine is known for its uniqueness. As far as we talk about south Indian cuisine, the first thing that comes to mind is Dosa and sambhar. You may have had amazing dosas in different restaurants but let us know about the most expensive dosa in India.

Table of Contents show
1 Why is this Dosa so expensive?
2 What does the owner say about the Dosa?

Why is this Dosa so expensive?

A restaurant based in Bangalore serves one of the most expensive dishes in India, called as Raj Bhog. They serve a gold-plated Dosa, which literally contains gold! Furthermore, it is a traditional dosa made with olive oil and gold foils. And each of the golden Dosa includes 0.1 mg of gold which sells for a grand of Rs. 1011.

What does the owner say about the Dosa?

The owner of the restaurant, Chandan Lokesh, said in an interview, “We wanted to do something different in our restaurant. We’d heard stories of kings of yore who ate small quantities of gold. It’s also an accepted ingredient in several Ayurvedic medicines. Gold foil is already available in paan and sweets. We thought it would be interesting to transplant it to Dosas.” Moreover, It is served with a side of tender coconut water.

“Foils are usually made using animal-based protein but ours is not. We’re 100% vegetarian, and we are trying to ensure that the foil is even formally certified as such,” Chandan adds.

Fret not, for people who can’t afford the gold, they also serve silver plated Dosa which costs about 151. However, it is high time that they might just patent their unique and extravagant Dosa.

Read on – The Most Unusual Pizza Toppings You Will Ever See