Ever wondered why all the classic cartoon characters, from Mickey Mouse to Woody Woodpecker, wear gloves? Well, here’s your answer!

The truth is, that in the early days of animation and black and white cartoons, the focus was on the fact that everything should be easier to make. This is because earlier, the animation was very work-intensive and labour-intensive. Everything was drawn by hand. As a result, changes were made to the cartoons to make the whole process easier. This included rounding the edges instead of angles.

Felix the Cat originally had a snout and was a very ‘boxy-looking character’. That changed. Its snout was removed and now the legs, face, and hands are rather rounded. This kind of design came to be known as the ‘rubber hose and circle design’. It can be seen in cartoon characters like Olive Oyl and involved the lengths of arms and legs being exaggerated and making most features circular.

Why Cartoon Characters Wear Gloves? You Could Have Never Guessed The Reason!

Now came another problem. With the introduction of black and white films, it became more difficult for the audience to see the characters’ hands against their bodies. That’s why gloves were introduced. Given that all these characters are anthropomorphized animals, it made them look more human since it highlighted their hand movements. You can see the gradual changes that set it in with the example of Mickey Mouse.

In 1927, Mickey had black hands and feet like Felix the Cat. In 1928, he was wearing shoes. And a year later, he’s playing the piano wearing gloves in the Opry House. It is very interesting to note that when Pinocchio was a puppet, he wore gloves, but the moment he became human, the gloves were gone.

The History Of Vaudeville

Another reason for the gloves is linked to the history of vaudeville. The early animation was built around vaudeville traditions and particularly the figure of the minstrel. Early cartoon characters like Felix the Cat and Mickey Mouse were in fact minstrels.

But there is one confusing thing. Why don’t bird cartoons like Daffy Duck wear gloves? Who knows! 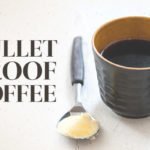 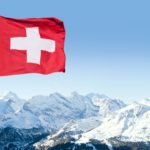