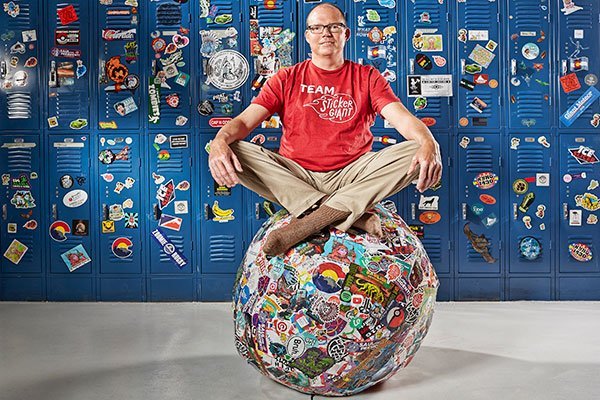 We are sure you have done really bizarre stuff in your life, but here are some people who made world records out of it.  Here we bring you top 8 amazing people with their weirdly amazing talents that led them make a world records.

Do you remember the first time you got your piercing? The agony one has to go through is unbearable, but Elaine Davidson couldn’t get enough of it. This Brazilian woman is known to have her body pierced a total of 4,225 time as of June 8, 2006. Also, she still keeps on changing and replacing the jewellery, mostly of her face.

One has to admit that rubber ducks are adorable. But, are they adorable enough to collect 5,631 of them? Charlotte Lee (USA) has been collecting different types of rubber ducks, since 1996. And up till 10 April, 2011 she collected 5,631 of different rubber ducks.

There are many ways to show your love to someone. Well, one of the way is to kiss for 58 hours, 35 minutes, 58 seconds. This insanely amazing record is set by Ekkachai and Laksana Tiranarat, a couple from Thailand.

Most Ice Cream Scoops on a Cone

Longest Distance Pulled by a Horse while on Fire

This is quite self-explanatory. Daredevil Josef Tödtling, protected himself from the flames by covering up in several layers of clothing and cooling gel. He was also wearing elbow pads and metal shin. He set the record of being pulled by a horse for 16402.42 feet while on flames.

Most Words Typed in a Minute by Nose

This is something one would do, when they are drunk. This bizarre record is set by Mohammad Kursheed Hussain, he can type 103 characters in 47 seconds. This can be really helpful, when your hands aren’t free and you need to type something.

Most feathers Caught in Thirty Seconds

One might think that this is a part of something game show, but no. This record was set by Jeremy Davis, for Paramore’s (band) music video. He caught 18 feathers in thirty seconds.

Most Straws Stuffed in a Mouth

Manoj Kumar, from Odisha (India) broke the record recently of stuffing 400 straws in the mouth, with his new best of stuffing 459 straws.

Read Also: Know These Bananas Facts Before you Peel them Naked!!

I am a student at Shiv Nadar University, I love reading. Writing is my passion.