Most of us have definitely watched the amazing Netflix series Stranger Things. It is currently one of the most popular series to be aired on an OTT platform. Set in the 1980s, the series boasts of having taken inspiration from some real-life projects which are way out of the imagination capacities of normal human beings. Don’t you feel a chill running down your spine while watching that creepy ugly creature which they call the Demogorgon in Stranger Things? At the same time, don’t you ever wish to have the same supernatural powers that the girl named Eleven possesses?

As interesting as it seems, these things would definitely have amazed people in real life too. Yes, you heard it right! The story of Stranger Things is not really and totally a fictionalized account. It is, in fact, inspired by a real-life project– the Montauk Project which was obviously conducted by a group of intelligent scientists.

Table of Contents show
1 Now let’s have a deeper look into the details of the Montauk Project and all the alleged mysteries behind it:
2 Time Travel?
3 Conspiracy Theory?
4 Experiments?

Now let’s have a deeper look into the details of the Montauk Project and all the alleged mysteries behind it:

The Montauk project happens to be a secret project which was allegedly conducted by the government of the United States. It is often termed as a conspiracy theory owing to the involvement of many high-profile people, politicians and other influential persons in its development.

This project was said to have been conducted at the Montauk Air Force Station situated in New York, away from the eyes of all the citizens of America. Well, you definitely need a secret place only when you are doing something big and of course, dangerous, right?

According to numerous reports, this project was conducted for the sole purpose of doing certain researches related to the concept of Time Travel. It also involved the development of certain warfare techniques which involved using psychological techniques. Well, that sounds strange and fascinating too!

The Montauk Project experiments came to light when a person named Preston Nicholas claimed to have been part of these experiments themselves. He even claimed that the people involved in the project had tried to erase his memories and that he had been abducted numerous times and forced to participate in the project. He later on penned down all these thoughts in a series of books which are popularly known as the Montauk series.

No one knows till date whether the Montauk Project was real or just a fictionalized account. Sometimes it is linked to the Philadelphia Experiment which is also considered to be an alleged conspiracy theory. Although it is considered to be a hoax, many people believe that such experiments were, in fact, conducted in the United States.

Other than Preston Nicholas, there are numerous other people who came forward and claimed to have been a part of the Montauk Project. A few of them also gave exclusive interviews in which they have claimed about their memory being erased by the ones who were involved in the project.

Some people also claim that several bizarre incidents happened during the 1980s, exactly the same time when the Montauk Project was being allegedly developed. This included kidnapping of humans and animals too. Some even believe that the ones who were being kidnapped were taken to be used for experiments related to time travel, mind control and all other psychic abilities.

The Montauk Project is considered to be one of the most secretive and sordid research projects conducted by the US government on a former military base which was made a ground zero area during that time for the so-called mind control and telepathy experiments.

Camp Hero, or the area in which the Montauk Project was allegedly conducted, appears to be spooky and mysterious for the locals even now. If you go there, you will definitely find boards bearing the sign of ‘danger’ and ‘do not enter’ in numerous places. 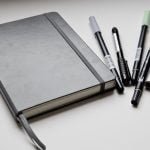 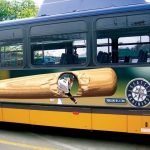