Literature is the device of the ingenious. Writers over the centuries, have shouldered the responsibility of being  the social commentators, or perhaps more appropriately, social critics as they use literature to document the ‘present.’

The present as they know it, and as we know it, will tomorrow be history and this very same history will function as the foundation on which mankind builds its future.

However, the sociopolitical climate that man inhabits has not always been conducive for them to record a candid and unguarded chronicle of their times and perhaps, it was since then that the writer took up another role: the role of a Beguiler.

But it was a role essential for him to be able to fulfill his first and foremost duty to society which was to provide an objective standpoint on the events unfolding in society, to help people open the window of their mind in order to allow exchange of opinions and to empower them with discretion, to arm them with perspective when the weapon of propaganda was to be used against them.

Hence, writers have inherently been inclined to wrap the crux of their thought underneath the more technical literary embellishments such as imagery, symbolism, to name a few. In fact, the most celebrated authors and poets in Literature have been those who have managed to excel in the art of beguiling. Nursery rhymes stand as the most fantastic evidence of this fact.

“Humpty Dumpty” was first published in the year 1797, in Samuel Arnold’s compendium of children’s rhymes called Juvenile Amusements. Over the years, we have seen several variations emerge, so far as the last two lines of the rhyme are concerned. However, the most popular interpretation of the rhyme remains that where Humpty Dumpty is presented as a poor, piteous little egg that falls off a wall and breaks itself.

Admittedly this seems simple enough, anthropomorphizing an egg to make it fascinating for the children reading these rhymes. But, the question we must ask ourselves now is, wherein these four lines do it state, in unequivocal terms, that Humpty Dumpty is an egg, after all? You’re right. It does not.

Now cast your minds back to the first three paragraphs and consider this: the writer is a social critic masterful in the art of beguiling, especially when his sociopolitical climate demanded him to be so; but he is also committed to his duty of documenting the present to help construct the future.

It is popularly believed that “Humpty Dumpty” is one such cleverly camouflaged documentation of a historical event: the Siege of Colchester in 1648. During the English Civil War, that broke out in 1642, the Royalists (supporters of King Charles I) had strongly fortified the city of Colchester which was strategically important for them. The city of Colchester housed several churches and castles that were defended by the surrounding city wall.

Adjoining the city wall was the St. Mary’s Church and a huge mortar commonly referred to as “Humpty Dumpty.” During their battle at Colchester, the enemy (i.e. the Roundheads or Parliamentarians headed by Oliver Cromwell), sent a detrimental attack on the city wall supporting the huge mortar Humpty Dumpty, following which, the mortar (Humpty Dumpty), dismantled down to the ground and neither “the king’s horses” (i.e. the cavalry), nor “the king’s men” (i.e. the soldiers), could “put Humpty Dumpty together again,” and the significant city of Colchester was seized by the Roundheads.

It is interesting to see that what reads like a fun, little children’s rhyme, is but an eloquently encapsulated historical episode that captures the agitation behind transforming democracy into an exercisable right in England, and not letting it fester and rot in the enormity of the English political lexicon.

It must be mentioned here that we most certainly, cannot account for the credibility of such a claim, beyond a reasonable doubt.

There are various other myths associated with the rhyme and one may choose to discount this particular story as a mere fallacy embodying nothing more than a figment of one’s imagination, based on no empirical evidence whatsoever. However, what one can most certainly not discount is the fact that the rhyme Humpty Dumpty definitely has a historical context behind it.

There is more to this seemingly pedestrian nursery rhyme than meets the eye.

Read Also: Educating Children from the back of a donkey

3 Reasons Why Books Have A Rectangular Shape

Shivani Patni - August 5, 2018
0
"When you open a book, you open a new world," They say.  Books are a  constant companion, full of brainstorming ideas and...

Shivani Patni - January 13, 2019
0
Denim is one of the most comfortable pieces when it comes to clothing. These days, a pair of jeans is not just limited...

Darsh Patel - January 22, 2020
0
Backpacking is an extraordinary way to see the world, and it’s also one of the cheaper ways to travel. Who needs a fancy hotel when... 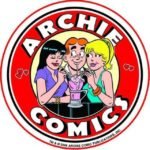 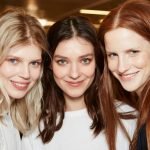 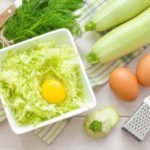 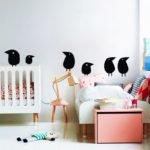 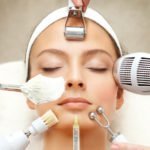