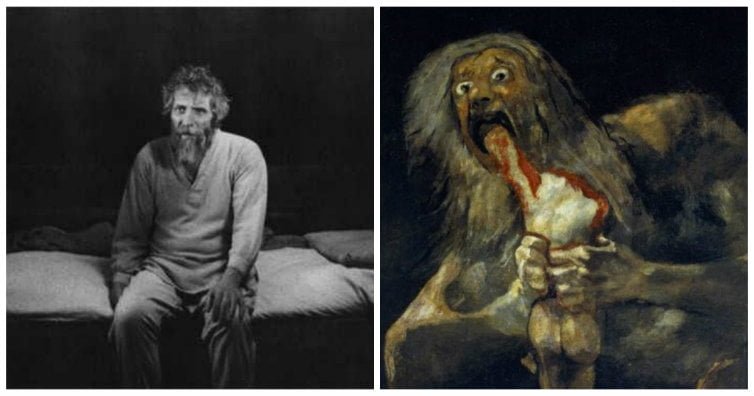 We know people among us who can devour an entire cart of hot dogs or huge 5-pound burgers at one go. While we may be awestruck at their superhuman capacities, they still don’t compare to the age-old story of Tarrare. The French showman and soldier who is reputed to be the greatest glutton of all time.

Tarrare was born in the 18th century and it is not known if he had a good name. As a child, he had an unending appetite. Reportedly, he consumed about a quarter of beef per day. His parents could not provide for him and forced him to leave home. As a teen, he wandered quite a lot before ending up as a showman who would draw huge crowds by eating corks, stones, and live animals, and by swallowing an entire bucketful of apples one after the other. He was particularly fond of snake meat.

If he was to be encountered randomly on the streets, he appeared to be a rather skinny individual weighing not more than 45 kg. Except for his stained teeth, a belly that hung low, and a distinct foul odor, he would be mistaken for a totally normal person. He was always sweating and farting, as one would expect from someone whose diet consisted of edible as well as inedible items.

According to a report in The London Medical and Physical Journal, “he often stank to such a degree, that he could not be endured within the distance of 20 paces.”

When the revolutionary wars broke out, Tarrare signed up with the French army. The military rations weren’t enough for his appetite, though, and he was soon taken to the hospital at Soultz complaining of exhaustion. Despite being given quadruple rations, and chowing down on all the poultices in the apothecary, his needs remained unsatisfied.

The military surgeons were so amazed they asked to keep him in the hospital for experiments. He gobbled up a meal intended for 15 German laborers, including two enormous meat pies and four gallons of milk. He is also rumored to have eaten a live cat.

Very soon, this bizarre specialty of Tarrare’s proved him useful in the military. He could swallow wooden boxes with documents in them and they would pass through him in untouched condition. Thus, he was used for transferring documents and act as an official spy. Unfortunately, his weird eating habits were taking a toll on his mental abilities and he was soon captured by the enemy Prussians.

He had to confess but he was still violently beaten up. Upon returning to a hospital he was previously treated in, he found that he was unable to survive on patient food. The hospital staff found him drinking patients’ drained blood and even eating their corpses. He was finally kicked out in 1794 when a 14-month-old mysteriously went missing.

Four years later, he was found suffering from a severe case of tuberculosis. After his death at the age of 26, doctors performed a brief autopsy. They found that his stomach took up most of his gut, aside from his massive, fatty liver. His remaining organs were decaying; it smelled so bad the chief surgeon of the hospital called off the operation before they could look any further.

It’s clear that Tararre had some kind of polyphagia, a medical condition characterized by uncontrollable hunger and eating. Others have speculated that Tarrare’s uncontrollable appetite may have been a result of a brain injury to or tumor in either the amygdala or hypothalamus, both of which play a role in appetite. There have been several theories but a concrete one has not yet been chosen.

Medicine has advanced since then and we will probably never have another Tarrare among us. But his bizarre short life will surely remain the topic of extreme interest for ages to come.