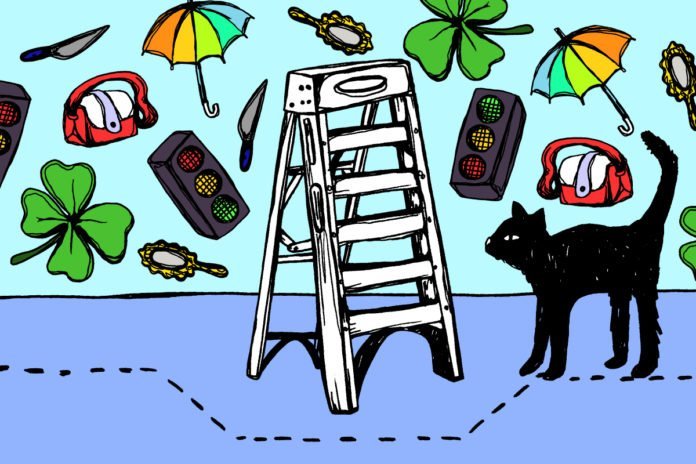 There must be something that everyone dislikes. So according to me, the thing which I dislike the most is stupidity, especially in the nastiest forms of racism and superstition. There are so many things which were served yesterday as articles of faith, but which are fables for us today.

So to begin with a very prominent superstitious belief that is “touch wood”. You must have seen people touching wood when they sense the fear of bad luck. So here is how the very well versed belief came in the forefront.

It was believed to be derived from the ‘Pangas’ who thought that trees were the home of fairies, and spirits and other mystical creatures. So people here might touch or knock wood to prevent good luck. Now this concept of touch wood was very much mimicked by the Christians. They believed that by touching wood you are touching the wood of the cross and thereby seeking the protection of God.

SOME OTHER SUPERSTITIOUS BELIEFS

Firstly, one may find a little kohl mark on a child’s face. There lies no substantial answer to this, instead it’s a superstitious belief itself. The logic behind this was that the kohl might make the kid look ugly. This would prevent the evil spirit from harming the child.

Secondly, while walking down the streets in India, you must have seen a lemon and 7 chilies (to be specific) hung in a cluster outside a shop. Now when looked in for a ‘bona fide’ reason, their lies nothing as such. Instead, it was believed that in India, “Alakshmi” the goddess of misfortune can bring bad. Since they believed that the goddess liked sour, pungent and hot things, the owner hangs the lemon and chilies outside the shop. According to them, the goddess would have those lemon and chilies. After satisfying her hunger and would not enter the shop and thereby bring no bad luck.

The most riveting element of superstitions is that it is followed everywhere, regardless of nationality, religion, geography, etc. For instance, in Brazil, the concept of “touch wood” is known as “bater no madeira”. In Czech, it is called “klepat na drevo”. So you can see that it’s not only in India rather spread globally.

Gauri Sindhu - December 3, 2017 0
Being a ninja is all about being stealthy and quick on your feet. And being cool. So how did feudal lords and...

Srushti Palkar - September 15, 2019 0
Ever since Amitabh Bachchan recited the line "Kuch din toh gujaro Gujarat mein," it had an effect on us to want to...

Poonam Sawant - December 8, 2018 0
Just close your eyes. What do you see? Some visual sensation of varied patterns? Well,... 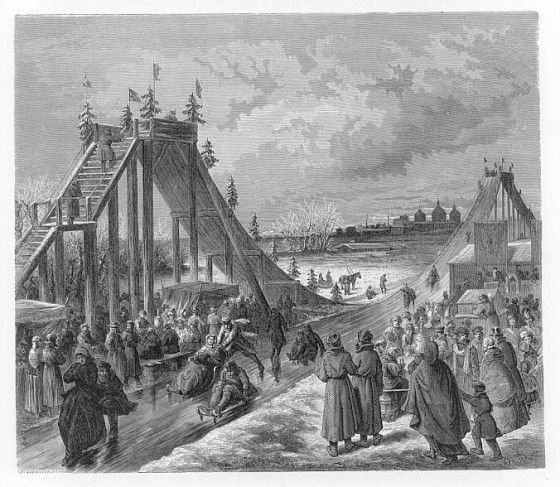 You Need To Know About the Russian Mountains, the Precursors to Roller Coasters

Gauri Sindhu - June 27, 2017 0
via writingelves.com Nothing is better than riding a roller coaster. It packs thrill and fun into one and... 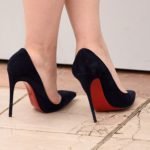 Dr. Nida Kazi - April 22, 2017 1
Girls and heels are inseparable. It doesn’t matter how tall or short a girl is. No matter what their height, every girl... 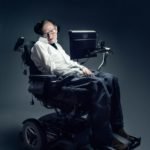 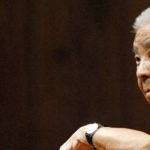 pooja - April 10, 2017 0
Tsutomu Yamaguchi: The Luckiest Man In The World! The Second World War bid adieu with quite a storm.

pooja - April 8, 2017 0
You Can Marry A Dead Person In France... Legally! There are many bizarre stories and incidents that are apt... 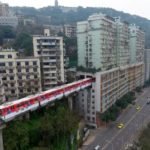 Diksha Sharma - July 19, 2018 0
Living near a local train station is a dream for many houses buyers. When planners in China were asked to construct a new...
Loading...