We think that everything in this world is logical and science has the answer to all our questions. The questions that are generated in our minds seeing the worldly happenings. But here are some strange occurrences around the world which may arouse questions in our minds that science still may not answer.

Kalachi village is situated in Kazakhstan. Residents here can’t keep their eyes open. Every day, some of the villagers fall asleep in broad daylight and sleep for at least a couple of hours. Some of them even may take a few days to wake up.

Science yet has no answer to these sleep incidents and medical experts can give no explanation of this disease, the cure lies a bit distant aspect. Radiation levels have been tested but no abnormality can be found.

In the late 1800s, Jo Girardelli was the fire act sensation girl. She could swallow red-hot objects without any pain, neither did she face any harm from them. People could not believe their eyes when they saw her perform. She could rinse her mouth with nitric acid, and to prove that it was really acid she would spit it onto iron rod where it would immediately destroy the metal.

Girardelli could play with boiling oil, swallowing it and then throwing it out where it could cause minor fires in the wood. She also used hogt wax and molten lead in her act. She would heat metal objects over open fires and press them against her skin without even a bruise occurrence on her body.

Francis Leavy was a firefighter during the 1920s. On April 18, 1924, he had a strange intuition of his demise. The unstoppable happened the very day and he was killed in a fire at a building.

The very next day, Levy’s colleagues sat at the firehouse discussing the incident of Levy’s death. Suddenly they noticed a handprint smudged on the glass window Levy was washing before his death. They cleaned the window but the fingerprint never left. Chemicals were used but yielded no results. The mystery remains unsolved but has now come to an abrupt end when a newspaper boy threw a paper against the window in 1944, breaking the glass pane.

These (also called blizars) were discovered in 2007, and since then have fascinated the scientists. The nine blitzars that have been studying until now are from historical data. In 2015, a scientist announced that they caught a blitzar while it was still happening but the cause of these radio bursts is still unknown. The most notable point about these strange occurrences is that they create the same amount of energy that the sun would create in one million years.

It is believed to be the most haunted forest in the world. The trees here are unnaturally shaped having strange twists and turns giving the forest a complete horror story setting. Several visitors to this place have accounted for the unnatural and reported burns and rashes which they got for no particular reason. Some claim having skipped a few hours.

Paranormal experts are still not convinced on the occurrence of any ghostly thing there though.

Pariksha Khatania - January 2, 2018
0
Disneyland, known as the Happiest place. Visit Disneyland, and you will see various Disney characters cheering you up. You can play, shake...

Have you heard about the Yanomami’s ash soup?

Priyanka Ghodela - June 5, 2018
0
What comes to your mind when you think of a funeral? Burial, cremation or the internment of the mortal remains of the body? But the funeral... 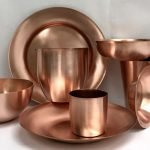 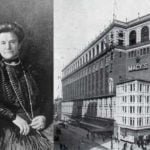 pooja - April 27, 2017
0
“Many waters cannot quench love-neither can the floods drown it.” – Inscription at Straus Mausoleum, Woodlawn Cemetery You are...

Need Those Toned Abs? Try Out These Exercises!

Dt.Trishala Chopra - April 2, 2017
0
Workout for Abs As promised, we are back with some great workout moves for your six pack abs!

Dr. Nida Kazi - April 27, 2017
0
Flight travel tips Today, every soul is overloaded with a lot of pressures. Be it the work deadlines,... 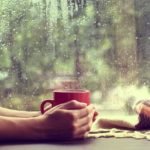