Human beings are the apex predators in the world today. The world wouldn’t be the same without human beings. But have you ever wondered, who was the first human being ever on the Earth? Let’s look at a few scientific facts about human beings:

Fact: The word “human” generally refers to the species of the genus Homo.

Early hominids were the first humans in the whole wide universe. They had a brain capacity (unit of brain case) of 400 c.c.  Humans first appeared on the Earth in the early Pleistocene times.

Australopithecus is a Latin word meaning ‘southern ape’. They had both the features of humans as well as apes. They were bipedal with a large belly and had a very small braincase capacity. They used to roam around Southern Africa.

Other early forms of human

The third form was ‘ Homo Erectus‘ meaning erect or upright man. They had a strong skull which had a cranial capacity of 800 – 1200 c.c. Due to a developed braincase, they now had developed thinking abilities. So, they made the first tool ever i.e. the ‘hand axe’. They also discovered fire.

People begin to realise that animals could be tamed and used as food rather than risking their lives while hunting wild animals.

The fourth form marked the emergence of ‘Homo sapiens‘ which can be translated to the wise man having a brain case of 1200-1800 c.c. Today, the modern human species is called ‘Homo sapiens sapiens’, having an increased braincase capacity of 1200-2000 c.c.

Different stages in the process of human evolution can be identified as the implications of crucial biological markers. It includes an increase in the cranial capacity (brain size), changes in pelvic structure, beginning of bipedalism (walking erect on 2 legs) and the modifications of the dental structure due to changing food habits. 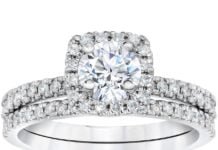 Darsh Patel - October 29, 2019
0
Are you a puzzled guy who wants to propose to your girlfriend but has no idea what type of ring she will...

Darsh Patel - February 6, 2018
0
Stress - the most unwanted aspect of our life that we cannot do away with. Be it professional or personal. It's challenging... 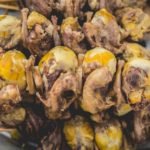 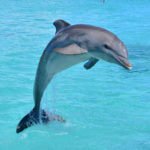 Did You Know About Kelly- The Smart Dolphin?

Ayandrila Bhadra - March 12, 2018
4
Humans aren’t the only intelligent being on Earth. Animals, too, can be surprisingly, and impressively intelligent. Frans de Waal, a primatologist at... 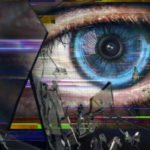 How To Choose The Best Watermelon: A Short, Simple Guide Is Here!

shivam - April 26, 2017
0
Watermelon is one of the best fruits which always tops my preferences! Be it summers or winters, I can...

Ashrika Tyagi - November 11, 2017
0
The human race exists for an experience in living. Those encounters are the days and long nights or that chaos which passes...