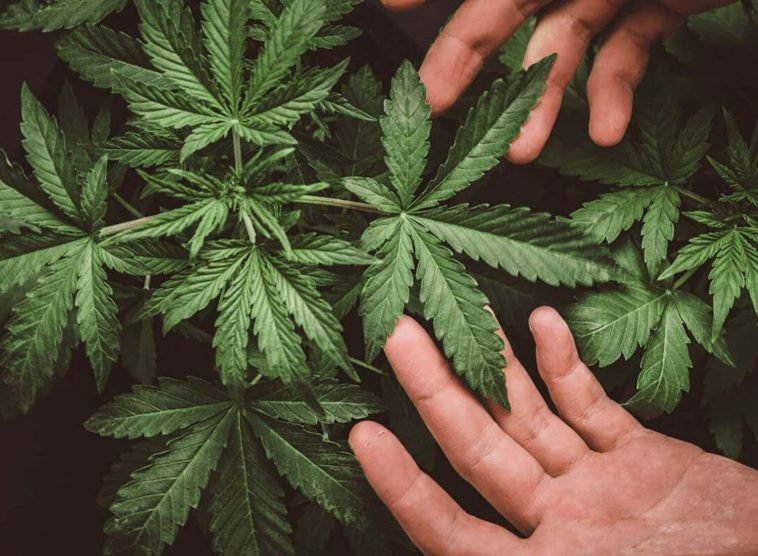 David Triplett has a similar story to Rick Simpson and claims to have successfully treated skin cancer using medical marijuana. Triplett refused his prescription chemotherapy treatment for a cannabis-based natural alternative. David found that while surgery had been unable to get rid of the lesions plaguing his skin, marijuana did. The rising number of anecdotal reports purporting CBD spray’s ability to treat skin lesions suggests the area is worthy of genuine scientific research.

Triplett compiled a video that has been widely shared online, showing just how much difference cannabis has made to the health of his skin.

Dennis Hill is a biochemist who claims that medical marijuana has not only helped with his prostate cancer symptoms but killed the tumor off altogether. Hill uses Rick Simpson Oil like so many, but he couldn’t use the topical creams as the affected area was unreachable. Dennis used marijuana oil orally to get its effects.

Hill combined Juul CBD pods, exercise, and a healthy diet for three months. He says that after following this plan, he was back to full health.

The medical marijuana community received a huge publicity boost with the story of Cheryl Shuman. She claims that the herb helped her treat ovarian cancer – another unproven medical boast. While CBD shatter certainly is not an approved medication for cancer, it’s intriguing that Shuman has begun enjoying a better quality of life thanks to incorporating cannabis oil and juices into her medication.

She says that marijuana has enabled her to reduce her morphine use and cut down on another side, effect-laden medication. Cheryl is now a cannabis activist.

Shona Banda is a Crohn’s Disease patient who has experienced significant relief by medicating marijuana, specifically Rick Simpson Oil. Doctors gave Shona a grim prognosis a few years back, regarding her as terminally ill. But she had heard about the man behind Rick Simpson Oil and decided to give his product a go. Her Crohn’s Disease is now in remission, and Shona is back enjoying the quality of life she deserves.

She says that the cannabis (the CBD compound is likely the one to thank) has allowed her to return to work, something the Crohn’s has stopped her from doing for four years. She’s also back having fun with recreational activities like hiking and swimming.

Shona has documented her difficulties with Crohn’s and her route to recovery in Live Free Or Die, a newly-released book.

Kristen Courtney is leading a raw cannabis revolution, showing marijuana users a new method of enjoying the plant’s benefits. Kristen has Crohn’s Disease and was diagnosed with rheumatoid arthritis at the age of 16. It was a condition that developed into a debilitating autoimmune disease – one that left her cooped up in bed for four years.

Eventually, Courtney decided to switch to cannabis. But not any old cannabis – raw cannabis! She started to juice up the flower and leaves from the marijuana plant, and it had a remarkable healing effect, clearing up her symptoms.

Perhaps you’ve been thinking about trying cannabis to treat your ailment but have so far not done it, maybe because of the stigma attached to the herb, or possibly a lack of information about how effective and safe it is. Hopefully, this set of cannabis stories has shown you just how much of a difference that medical cannabis is making to real people of all generations.

Rick Simpson’s efforts have given new hope to people who the medical system and doctors have failed. Cannabis is the only treatment that has helped these patients and many others if even more people had access to it, we may uncover even more potential uses.

If you have used marijuana or cannabis-based products to treat a condition, please consider sharing your story in the comments section. Your experiences may be noteworthy to others!

Read Also: CBD Creams Are All Rage: Do They Even Work For Pain?