The History Of Matrimony

This morning as I was struggling to figure out a topic to enlighten people on, almost promptly the title song of the movie ‘Action Replayy’ blasted from the television set. And like any writer’s mind wanders, the song provoked me to ponder upon why exactly do people get married? How did it all start? Instantly, I had figured out that this is what I want to write about today.

Also, I being on a pedestal in my life when it becomes imperative for girls my own age, (as imposed by the Indian society) to ‘settle down’ with someone suitable, did have this thought ruminate in my tiny brain for a while. So, all the other earthlings like me who wonder as to why people knowingly (or unknowingly) fall into this life-long commitment bound only by a thin sheet of paper will hopefully take some heart in knowing the answer right here!

The Origin Of Matrimony:

Marriage or Matrimony was introduced to mankind by the elders of the society so as to protect the interests of the children that were born out of the union of men and women who hadn’t yet found a moniker for their relationship. It was also the solution to the problem of inheritance of property and belongings. Had marriage not been invented, it would be an absolute chaos managing the human offspring and also settle so many property disputes.

When marriage was initially coined, it was only for practical purposes. There was nothing romantic about it. As we see even today, many marriages are more like contracts rather than bonds of love. And so was the case in ancient times too.

Women were thought of as property, and therefore marriages were all about making a deal. Most marriages during the ancient times were arranged- much like today. Though, there is the advantage of a courtship period before the actual wedding.

It was only during and after the medieval times that the idea of romance started getting injected into matrimony. People started seeing marriage as more of a sacred union orchestrated by the will of God, rather than just a mere contract. Engagements started to take place and you have the Romans to thank for them.

Romans imbibed the popular idea of wedding rings that we so religiously follow today. To them, the circular form of the ring symbolized eternity which in turn reflected upon the ever-lasting bond of a marriage. They believed in these rings so deeply that they would insist on them being worn on the ring finger only, as it was found then that the vein from that finger conjoins the heart.

Also, marriages were something of a very private affair in the ancient times, since they were just seen as contracts. Thus, there were no celebrations contrary to the lavish ones we witness today. But, over the decades, it was realized that many individuals started refraining from and denying their marital responsibilities.

As a result, by the 1500’s, the presence of two witnesses and a priest was mandated. Though love marriages and eloping were still frowned upon during this period, falling in love with your significant another post a wedding wasn’t considered sinful. During medieval times, marriage was seen as more of a holy union than a star-crossed lovers abode.

Being the social animals that we are, much later and until now, marriages are being viewed not only as a contract but also a commitment between two consensual individuals who make a promise of a lifetime- be it legally, romantically or socially. Marriages are now understood as a unification of two equals who shall bear the burdens of one another’s joys and sorrows while traversing together through the thick and thin of this journey called Life.

Since we live in a world that emerges from the thoughts and opinions of seven billion humans and so much more before them, it is indisputable that there are far too many types of marriages out there. Some of them have now been abolished, while many others continue to live and tell the tale.

There are monogamous marriages which are the most common one’s today. These marriages involve spending the entire life with one spouse only. Monogamous marriages are the brainchild of Eurasian cultures. These are the marriages that successfully sell us the idea of a soulmate. And then there are polygamous marriages, where you could marry more than one person at the same time. Though these are more commonly observed in the Islamic culture that allows up to four wives, the origin of these has been traced back to Sub-Saharan African societies. However, this kind of marriages is soon diminishing and for good!

More recently we have been graced with the inkling of same-sex marriages; though this kind of natural unification have existed at all climes and times in the history (more profoundly in ancient Greece), only at a much-muted level.

Now, thankfully, individuals are coming out of the closet and fighting for the right to marry the ones they really love. But by the looks of it, the world will take some time to stomach the truth and see it as something normal. Until then, we can only laud the countries that support them and hope for a change.

Even though there can be more than a million definitions of marriage, matrimony or wedlock, the millennials of today are striving to give their own fresh meanings to this perplexing relationship. And why not? One must always endeavor to mend their special ‘happily-ever-afters’ than confirming with the society. Whether I believe in marriages or not, I have always sworn by the adage ‘to each his own’!

Preya Sharma - May 24, 2019
0
Who doesn’t love a good manicure?  We all are In search of the best nail shape that would suit our natural nail...

Dr. Nida Kazi - April 18, 2017
0
Uses of Butter Who doesn't like toasted bread with a dollop of butter or the sound of sizzling... 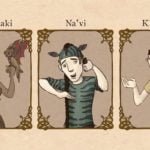 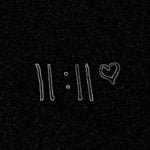 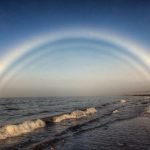