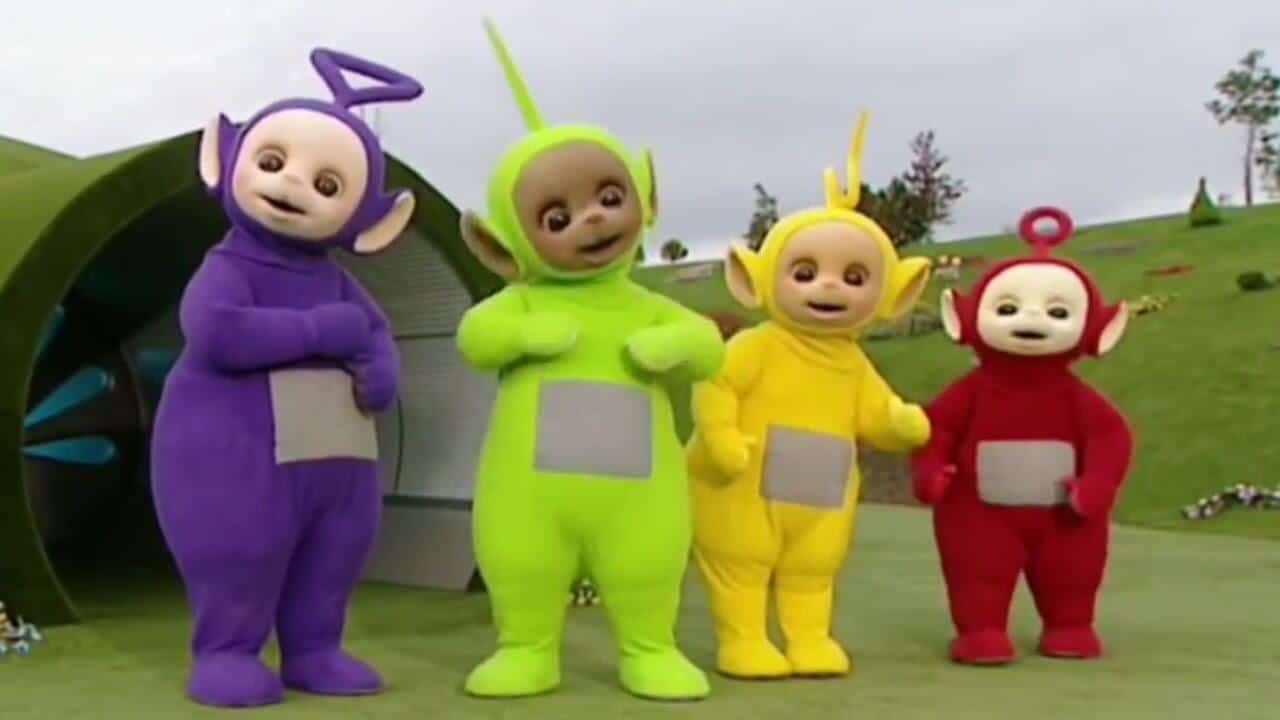 Dressed up neat and tidy, best and shining smile, switching on the television for the morning dose of Teletubbies. Remember? It was a must when we were toddlers and enjoyed our little friends Po, Lala, Dipsy and Tinky Winky. Oh! How can I forget the dear vacuum cleaner Noo-Noo and our favorite yes, the sun that little infant peeping from above? Revived Childhood? Isn’t it?

But did you remember that you’re favorite caricatures had antennas on their head, as children we thought it makes no specific sense, and it is just their unique outlook, well folks no, each antenna has a different connotation. Intrigued, aren’t you? Want to know? Let’s have a look.

The biggest of all, Tinky Winky’s purple represents the gay pride and his antenna the triangle depicts the Holy Trinity of Christendom. It also describes various rituals and traditions of the world. It also represents the womb of a female which is a symbol of life on earth.

The favorite and the smallest of all the red colored Po is widely popular. The cute little Teletubby has a circular antenna probably represents unity, completeness, and wholeness, and it shows the spirit of Mother Earth and that of Feminism. It regarded as an auspicious sign of feminine spirit.

Read also: These Bizarre Coincidences In World History Will Surely Blow Your Mind!

The second largest lime green Teletubby has a rod in the form of antenna. This symbolizes male power and many cultures of the world deem it to be an intense depiction of masculinity. Even in Hinduism, a rod is worshipped as a form of fertility(in the form of a linga), and the Egyptians also call it as an obelisk. In the Beltane rituals, the pole is called May Pole a symbol of male power.

Laa Laa, the yellow female Teletubby has a sort of curly antenna involving a circle and a rod. This antenna represents the amalgamation of male and female power. Also, it is a symbol of the evolution of the whole universe. The antenna is an apt representation of partnership and fertility.

Read also: Get to Know the Reason Why Cartoon Characters Wear Gloves

So yeah, stunned? Aren’t you? Even I was when I got to know about these amazing facts. But whatever be the connotation the Teletubbies would be our favorite and our best moment would still be the scene when Po refuses to go back home when the sun sets, and the rest of the Teletubbies would try convincing her. I still remember that and when the sun with the face of an infant would laugh to his heart ‘s delight. Well, the show would always remain my favorite until the very end.