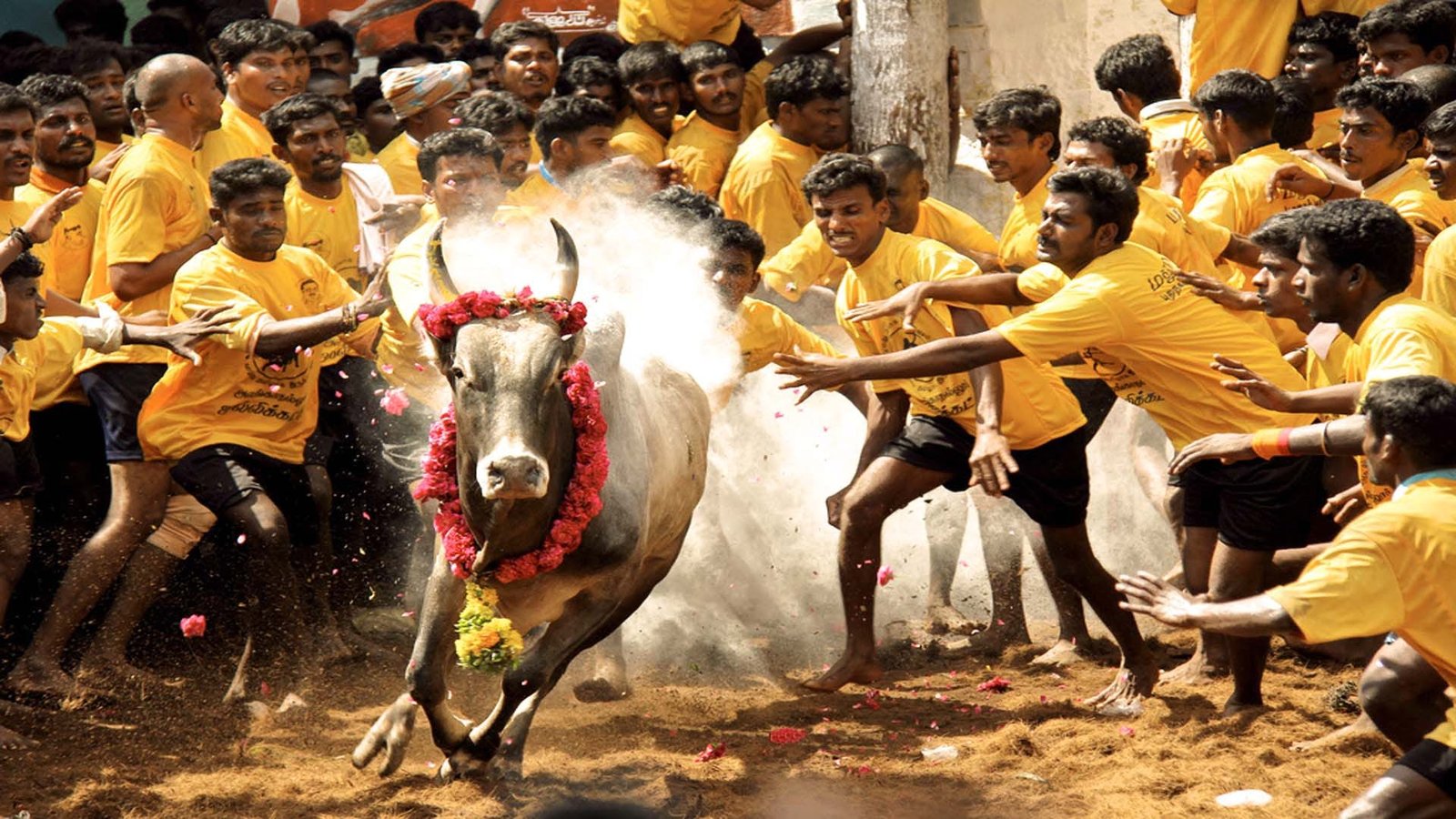 India witnessed an upsurge of protests by the youth of Tamil Nadu that happened against the Jallikattu ban. On one hand, we had people who viewed this sport as cruelty against animals.

But, a majority of Tamilians uphold it as a tradition that has been followed for more than 400 years and not as animal cruelty. Keeping aside the animal cruelty debate, let us have a look at the history of this controversial sport.

History tells us that the reason behind holding this sport on a yearly basis was for the purpose of taming bulls.

We all know that back in the olden times when the mere ideas of tractors or farming machines did not exist, bulls were used to plow the land and till it before the sowing stage.

After the plowing stage was done, the bulls had no work and thus were let loose to graze and mate. After the harvest season, the bulls were needed to start the plowing process all over again. But it is difficult to domesticate a bull since it cherishes the freedom given to it and gets accustomed to the independence it gets.

Thus, to tame the bulls, they are left to run on the streets by the wealthy Jamindars and the ‘Macho men’ of the village tame the bull in return for monetary rewards or for the hands of beautiful maidens.

The mere word “Jallikattu” can be broken down into ‘Jalli/Salli’ meaning coins or money and ‘kattu’ means tied.

The pouch full of coins is tied to the Bull’s forehead and is claimed by the man who is brave enough to tame it.
Bulls are not just seen as mere animals in the villages of Tamil Nadu.

They are treated like family and are worshiped. Although some forms of cruelty in today’s version of Jallikattu cannot be denied, banning the entire tradition seems more like suppression rather than a solution for most of them.

Do you know some interesting facts on the history of Jallikattu? Then do let us know in comments below.