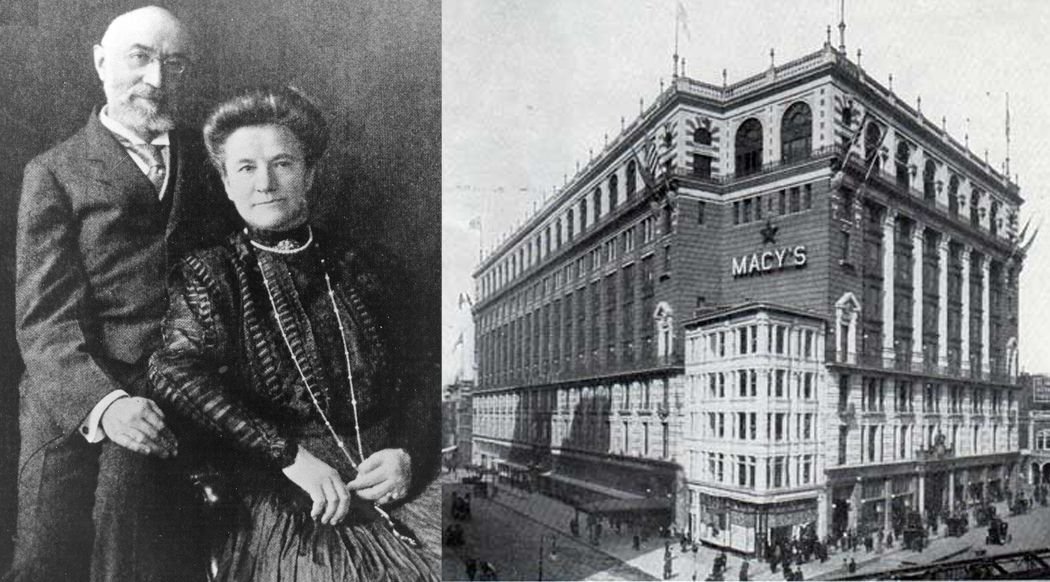 Table of Contents show
1 “Many waters cannot quench love-neither can the floods drown it.” – Inscription at Straus Mausoleum, Woodlawn Cemetery
1.1 Ida and Isidor Straus: Two Lovers Who Fought Destiny and Immortalized Their Love…

“Many waters cannot quench love-neither can the floods drown it.” – Inscription at Straus Mausoleum, Woodlawn Cemetery

You are clearly lying if you say that you didn’t cry buckets and buckets of tears while watching ‘Titanic’ (1997).

But while we all were invested in sobbing over the tragic love story of Jack and Rose, another endearing couple, who died in each other’s arms while the ship sank, missed our glance.

Ida and Isidor Straus, a German- American couple, were known to be very much in love with each other.

Friends and family recall that when Isidor would be away from home, either as a U.S. representative for New York or as Macy’s co-owner, he and Ida would daily exchange love letters and sweet-nothings.

The winter of 1911/12 was perhaps their best winter together. However, it was also destined to be their last. Ida and Isidor Straus were in Europe at that time. And they had decided to return home through a sea journey.

Titanic wasn’t their first choice. But, a coal strike in England led to all the coal from other ships to be shifted to Titanic.

With no other choice in front of them, Ida and Isidor Straus chose Titanic to embark on what would be the last journey of their lives.

Ida and Isidor Straus: Two Lovers Who Fought Destiny and Immortalized Their Love…

It was at that moment when Isidor refused to board the lifeboat while women and children were stranded on board.

However, he did request his wife, Ida to climb onto the lifeboat. Isa replied, “We have lived together for many years. Where you go, I go.” (Ring a bell? “You jump, I jump”?)

Ida and Isidor Straus were last seen by eyewitnesses on that very deck, where they stood arm in arm.

The story of the ‘Titanic’ couple- Ida and Isidor Straus, has touched millions and millions of hearts till date.

The ‘titanic’ disaster of The Titanic has left a deep scar in the minds of people worldwide. But, it is a love like Ida and Isidor’s that heals every scar.

As a Literature student, Pooja is passionate about the world of words. Apart from spending hours snuggled up in a blanket with a book in hand, she enjoys digging up facts and theories about historical as well as mythological events. However, sharing them with the world is what keeps her going in life.