1. Monday is the best day to buy a new car. Studies have shown that some people will avoid buying a car on a weekend, as these are the busiest days for a salesperson. This means people will buy cars on Monday as they get more time and attention of the salesman and therefore a better deal.

2. Another positive fact about Mondays is that it is statistically the most likely day that the U.S. Stock Market will rise, rather than fall.

4. It has also been found that the productivity of workers is at its all-time low on Mondays. It is shown that people are 30% less productive on a Monday and only manage about 3.5 hours of work throughout the day.

5. Monday is the day of the week when most of the people do their online shopping. There are a lot of unproductive, demotivated, bored employees shopping online at work!

6. The word Monday comes from the Old English word “Mōnandaeg,” and the Middle English “Monenday.” It is originally a translation of Latin “dies lunae” meaning “day of the Moon.”

7. In the U.K., “Monday” is a slang term used to describe a large and heavy sledgehammer.

8. The Boomtown Rats song I Don’t Like Mondays was inspired by a shooting spree in America by killer Brenda Spencer. When she was questioned by the police about her motivations for the murder spree, she answered ‘ I don’t like Mondays.’

10. Monday is the only day that is an anagram for a single word, the word being ‘dynamo.’

11. A study in 2011 showed that the average person moans for 34 minutes on a Monday, compared to the 22 minutes on other days.

12. Even if you maintain a steady weight, scientists have found that Monday is the day of the week when you will weigh the most.

13. On a Monday, almost 50% of the employees are late for their work as they become lazy on the weekends.

14. Over 40 Professionals are the biggest demographic to suffer more stress on the first day of the week.

15. Socializing is part of the reason why Mondays suck so much. Researchers have found that being away from the work-related social group for a weekend makes us feel like we need to secure our place in our social work environment.

16. A study once revealed the best ways to get over the “Monday Blues” are by watching TV, online shopping, planning a holiday and buying chocolate, etc.

17. Monday is commonly considered as the “suicide day,” because it is the day of the week where most of the people take their own lives.

18. Monday is also known as the ”Heart attack day”  because there is a marked 20% increase in the rate of heart attacks.

19. Surprisingly, Mondays are the least rainy day of the week. Although the exact science behind this fact is unknown, researchers believe that it is due to the decrease in man-made pollution over the weekend.

20. When scientists recorded emotions of people for different days, they found not a lot of difference in the emotions. But, when they asked people to remember which day was the most stressful, they always say Monday. This is due to a large emotional shift from a Sunday to a Monday as compared to that between a Tuesday and a Wednesday.

21. Monday is also the most sleep-deprived day. According to scientists, the extra sleep hour you get on a weekend makes you worse off on a Monday, as it throws off your body clock. When you wake up early on a Monday, it’s more of a shock than waking up on any other weekday.

Read Also: Interesting Facts that you should know about your Body

Meghna Gopal - November 23, 2017
0
The fast-moving world is experiencing changes on a day to day basis. Inventions, technology, industries are increasing which is not something new...

Trouble In Getting A Visa? Visit A Visa Temple

Nida Ali - May 5, 2018
0
India is an extraordinary country. You never know what might be waiting for you as a take a turn in the snaking...

Did You Know About The Sad Reality Of Princess Diana?

Dr. Nida Kazi - April 18, 2017
0
The sad reality of Princess Diana They called Princess Diana the ‘Princess of Hearts’ for her philanthropic nature and... 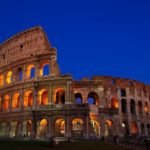 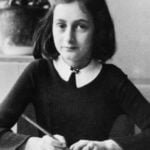 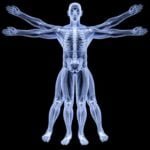 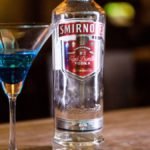 Some Amazing Facts About VODKA!

Reetu Udasi - January 8, 2019
0
Vodka is a high alcohol spirit made by distilling fermented grains, like rye and wheat, or sometimes even potatoes. Known since the... 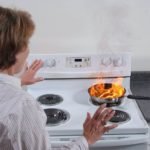