Table of Contents show
1 Edison of India
1.1 Let us know more about the Edison of India
1.2 G.D. Naidu loved to do researches! He co-invented an electric razor.
1.3 He invented fruit juice extractor!
2 We youngsters seriously wish to have such biopics in near future!
2.1 image source

I have always seen old people saying that the younger generation does not know anything beyond cricket and Bollywood/Hollywood artists.

Well, how many of the young readers agree with this?

Well, I am a young writer and I believe that we know more than what the previous generation used to because we have a very powerful tool- GOOGLE!

I am sure this article would be something which will make our head scratch!

Gopalswamy Doraiswamy Naidu (G.D. Naidu) is known as the Edison of India!

Let us know more about the Edison of India

This gem was born on 23rd March 1893 at a very small place near Coimbatore. His father’s name was Gopalswamy Naidu. He was in the transport business. Gopalswamy Naidu was an engineer by profession.

GD Naidu was the inventor of the first electric motor in India. Not only this, he also made great contributions in the field of electrical, mechanical, agricultural, and automobile engineering.

If you talk about his education, it wasn’t that great like having a master’s degree or so. His basic education was enough to make him a versatile genius!

Usually, people have hobbies that are completely different from their profession. But G.D. Naidu loved to travel by train. This was his only hobby. Geniuses always stand apart, don’t they?

G.D. Naidu loved to do researches! He co-invented an electric razor.

G. D. Naidu went to Germany in the year 1932, where he was a part of the biggest electric razor manufacturing process. Nowadays, it is a wireless razor, which wouldn’t exist if G.D Naidu did not bring the electric razor concept in this world!

Thank you for a gem. for making our lives so much easier! Not only this razor, he also invented thin shaving blades (Well, boys say thanks to him!). Distance adjustor for film cameras was brought by this GEM!

Do you like fruit juices? Well, if you like them then credits should go to our Edison, G.D. Naidu, rather than the person who made the juice. Do you know why? Because he invented fruit juice extractor! If the extractor wasn’t there, juice wouldn’t have existed!

If you are a travel lover, you must cover South India! If you get a chance to do so, do check out Botanical Marvels made by G.D Naidu! It is a beauty in itself! These botanical marvels have high cotton plants, millet plants with high yields, and several injections for plants which together constitutes these marvels!

The sad part is that India lost G.D. Naidu, the Edison of India on 4th January 1974.

After he died, CV Raman gave a statement saying, “A great educator, an entrepreneur in many fields of engineering and industry, a warm-hearted man filled with love for his fellows and a desire to help them in their troubles. Mr Naidu is truly a man in a million- perhaps this is an understatement”

We youngsters seriously wish to have such biopics in near future!

The Truth About The Astonishing Dwarf Village of China

Manisha Panda - June 4, 2017
1
With about 40% of its inhabitants being several heads shorter than an average human being, China's dwarf village Yangsi has been puzzling...

Do You Know There Are Museums Dedicated To Weird Things?

Srushti Palkar - October 1, 2019
0
Ancient ruins and remains throw light on the history of medieval times. And if it wasn't for museums, who would have offered... 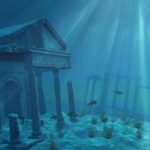 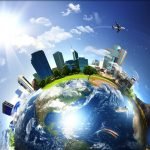 5 Tips To Make Your Travel Cheaper! 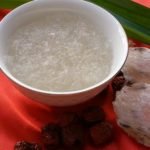 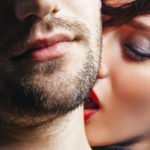 How To Naturally And Easily Get Rid Of Love Bites? 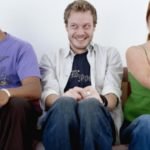 When In Doubt, Fart It Out! This Is How Farting Is Good For You

Lenora Agnel - June 17, 2017
1
via - s.hswstatic.com Imprisoned, confined, held captive. That’s how you feel when someone restricts you from doing...