From the times of Monarchy to the present times of Democracy, one of the main sources of revenue for the government has been Taxes. Taxes can be defined as the amount mandatorily levied on all economically benefiting and earning residents of a country.

The tax structures in any country are one of the most complicated structures to be defined and levied. Imagine how complicated it should be in a country like India- the largest democracy in the world!

So readers! For those of you who missed the budget session this time or want to know more about the entire process of taxation, this read should be your pick.

So, like we stated, the tax has been something that is present since the time of monarchs and can be noticed in every civilization that followed a hierarchical rule of power. In India, earliest forms of taxes have been recorded in the Manu Smriti, Arthashastra, and many other records.

In Europe, the tax was paid in the way of duties and offerings done in the different levels of hierarchy. The landlords and rich paid the church. And the peasants paid the landlords and the rich.

In India, we see that tax was levied on every citizen during the times of Monarchy in ways of kind or cash. During the British Raj, the tax was made standardized and made into actual payment. This payment was not properly calculated and was heavily imposed even on the middle and lower classes, which turned out to be a huge burden on the colonized people.  This was also one major reason for the revolts for independence.

Post independence, the ministers had a difficult time preparing a tax structure for the newly formed State. This was mainly due to the boom of black money post-Second World War. Investments and savings were encouraged via different means of incentives in the tax structure.

But at the same time, the government needed a huge amount of funds in the form revenue to run the State and take care of the expenditures. Some of the major sources of taxes were: Business taxes, Capital Gains, Wealth tax, Gift tax, expenditure duties. etc. Post liberalization, India introduced tax reforms in a way where there was no interference from any external bodies.

Currently, taxation in India is based on two major types of taxes: direct taxes and indirect taxes. While the government tries to formulate taxes in ways to keep a number of negative effects minimal, one or the other group or sect of citizens in the country are bound to get affected by it.

How many of us are happy and willing to pay the huge number of Krishi Kalyan Cess, Swacch Bharat taxes, and so on and so forth? Although they might seem like a small amount, an aggregate on it on every bill of ours can be burdening.

Despite all this, the revenue for the government also seems to be getting better. Such very closely webbed and intricate pros and cons can be very confusing to evaluate right? The 2017 annual budget has seen some very interesting changes in the bill also!

Despite these changes, something more revolutionary is how the GST bill is gaining a lot more support and is finally close to its final stages. Even at this point, the Goods and Services Tax Bill is something that is met with compound and mixed views and reviews by Indians.

GST has been welcomed with open arms in many parts of the globe and is now trying to approach the Indian State. The GST can make taxation simpler, its accounting and a lot more procedures easier to handle. It helps in computation and maintenance of all taxes, and at the same time, can boost the economy and GDP- as a lot more companies will come under the broader tax scanner and tax evasion becomes much more difficult.

Although it seems to be very beneficial, it has its own sets of drawbacks as well. Some might argue that the burden of one big GST can backfire and increase tax burden than reducing it. At the same time, the incidence of the bill will directly fall on the end consumers, thus making all goods and services much more costly than they actually were.

So readers, as a taxpayer yourself, what is your take on the GST and tax structure of India? Comment below and share these highlights for the ones who need them the most!

Here’s The Interesting History Behind The Phrase Horn OK Please

Vrinda - January 27, 2018
0
Horn Ok Please - A unique phrase that will usually see behind the trucks. The line denotes that driver must honk the...

Heard about Edison of India? Know more about him here!

shivam - April 2, 2017
0
Edison of India I have always seen old people saying that the younger generation does not know anything... 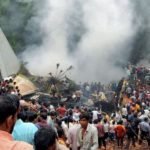 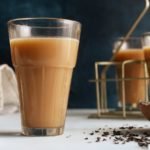 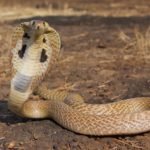 Why Do We Have Superstitions For These 11 Things?

Seema Jain - November 29, 2017
1
India is a land of customs, traditions, and beliefs. We follow them anyway because it is in our blood. We often do... 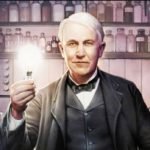 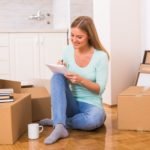