Surprisingly, the most tattooed person, Lucky Diamond Rich is 100% tattooed. In other words, every nook of his body is covered with permanent tattoos, including the inside of his eyelids, mouth, ears, and foreskin. Additionally, he holds a Guinness World Record as of 2006. The second most tattooed person has 99.9% of his skin covered with leopard skin patterns.

You must have seen someone getting a tattoo. But have you ever wondered how it works? Here is the answer.

Tattooing is the permanent coloration of the second layer that is dermis of the human skin. A needle deposits a foreign pigment into this layer. The needle punctured the epidermis and moved around 50-3000 times per minute to inject the ink. Due to the stable nature of the dermis, the tattoo is permanent. However, it can fade away over time due to exposure to sunlight.

Further, it can be removed using high-intensity laser light technique, which involves a series of treatments. Removal, however possible, invests time and money, and moreover, is quite painful.

Table of Contents show
1 INGREDIENTS OF TATTOO INK
2 TATTOO INK PIGMENTS
3 CARRIERS
4 GLOW IN THE DARK TATTOOS
4.1 Read also- In A Nutshell, Here Is All You Need To Know About The Sacral Chakra Tattoo Designs

It might shock you, but some cultures make use of URINE along with a coal dust! Usually, tattoo inks comprise of dry pigments combined with a carrier.

Read also- History Of The Electric Tattooing Machine: This Is How Samuel O’Reilly Used Edison’s Idea To Change History!

Metal oxides used to impart color include ferrocyanide and ferricyanide, which give the colors yellow, red, blue, and green.

Other elements such as antimony, arsenic, beryllium, calcium, lithium, selenium, and sulfur are also used.

Carriers act as solvents for the pigment. They “carry” the pigment from the point of needle trauma to the surrounding dermis tissue. Also, they help in mixing the ink evenly and free it from pathogens. The most commonly used solvent is ethyl alcohol or water. Though sometimes, denatured alcohol, methanol, propylene glycol, and glycerine are also used.

Manufacturers often use alcohol to disinfect the skin before tattoo ink application. It aids in increasing the skin’s permeability and transporting chemicals into the bloodstream.

GLOW IN THE DARK TATTOOS

Moreover, glow in the dark ink are being used for making tattoos. They absorb light and glow in the dark by the phenomenon of phosphorescence. Ingredients of glow in the colored ink include 97.5% PMMA, 2.5% fluorescent dye, and distilled water. Sometimes blacklight tattoos are also made. Their inks react to non-visible UV light to produce a visible glow by fluorescence.

Read also- In A Nutshell, Here Is All You Need To Know About The Sacral Chakra Tattoo Designs 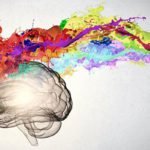