The Romans definitely knew how to party. Perhaps that is why the world got so sad when the Empire crumbled. The Dark Ages refers to the cultural, economic and artistic decline that took place after the collapse of the Roman Empire. The period covers 5 to 10th century CE. Today, many historians refuse to use to use the term, calling it somewhat inaccurate and problematic. However, widespread usage of the term continues, as it simplifies a few centuries of extreme changes in European history.

Scholars of the Christian kingdoms often used the light-and-dark theme. Around the 1300s, the terms began to be applied to the current situation in Europe too. With the end of the Roman Empire and the European continent divided, there was a general feeling of a lamp having been extinguished. The rulers and their population moved from secular to religious activity. The early Middle Ages was the height of orthodox Christianity, and Church came to control more actions than Kings. Education and scholarship fell into disfavor as famine, plagues, and wars forced people to fight and migrate. The feudal system, where nobles gave land for cultivation to peasants in return for services and labor, became the backbone of society. Even as the Church broke into the Roman Catholic and Eastern Orthodox branches, monasteries and the hermit way of life became widespread.

With so many things happening, you may be wondering why all the dark label. This is mainly because the scholars of this time and later periods saw these changes as the ripple effect of the disintegration of Roman hegemony. Another primary reason, in fact, the most important one, was the lack of cultural and literary output. Ever since the days of Mesopotamia, humans beings have merely not stopped writing or making things. In the Dark Ages, yes, things were made, but they were not extraordinary, or cultural as such. Cultural items were restricted to churches, cathedrals, and prayer books. Most other innovations pertained to defense or agriculture. When the early middle ages are compared regarding cultural output to what was before them, and what came after, the period admittedly looks a bit gloomy.

In fact, so peculiar was this lack of archaeological and material production that pseudo-historian Heribert Illig used it as evidence for his phantom time theory. According to him, 297 years (614-911) were ‘added in’ by Holy Roman Emperor Otto III along with conspirators, which would have placed them in the year  CE 1000. Yes, it is quite ridiculous, but it does put my point about the name Dark Ages across.

In the fourteenth century, things were shaken up – by rats. A skeleton was riding the streets of Europe on a black horse, spilling death everywhere it went. The Black Death, or bubonic plague, spread rapidly across filthy Europe, carried by infected rats. Almost 40% of Europe’s population was wiped out by the next century. But the epidemic may have been the one final push Europe needed to ignite the lamp again.

As horrific as the plague and the death it caused was, Europe benefited greatly from the population reduction. More food was available, labor wages increased, and people moved away from their obsession with religion. God had given them no respite or mercy, and humans turned to the only other thing they had faith in – themselves. Rationality, science, logic, and humanism were increasingly common terms used. People skipped a few centuries looking back, remembering the good old days of Greek and Roman empires. In Italy, particularly Florence, Venice, Milan and Bologna, artists began recapturing antiquity in paintings, sculptures, and monuments. Renaissance, the rebirth of ancient culture, had started.

While Dark Ages had few monks and some stone buildings, Renaissance had Michelangelo, Raphael, Donatello (not the Turtles, guys), Machiavelli and Dante, among countless others. From Italy, the moment grew,  embracing music, science, and religion in its fold. Painting style became realistic, medicine gained immense knowledge of anatomy, and the invention of the moving printing press by Gutenberg make information widespread. After a bumpy low line, humanity was on an upward curve again. Renaissance is seen as the bridge to the modern period, but I like to look at it as a base. Much of what was created and valued then continues to remain important now.

This contrast of this light, culturally productive period with the previous few centuries’ lack of creativity further cemented the image of the Middle Ages as the dark period of history. But then again, like the dark ages were not all black, the Renaissance was not all good either. Political conflicts and prosecutions increased, religion continued to be a negatively dominating force, and the poor remained poor. The growth and good times were for the emerging upper class and their artists only.

Of course, all of this above is a gross simplification. The whole point of this write-up is to make aware of the two different periods of European history, which are often mentioned in passing, but not really studied in depth. The connotation of the Dark Ages may lead you to believe that the world was stagnant. It was not. All over the world and in Europe, a thousand things were happening. Islam emerged, the Byzantine empire reached its golden age, new kingdoms and dynasties emerged, and Asia and the yet ‘undiscovered’ Americas had their own parallel history. In a sense, the only true comparison between the Dark Ages and Renaissance is cultural, and its output.

History is always overlapping, and pulling on a thread tugs a thousand more. Hopefully, this simplification helps you to understand the tiny, yet important, portion of it. 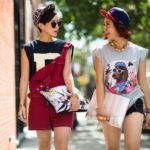 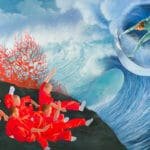