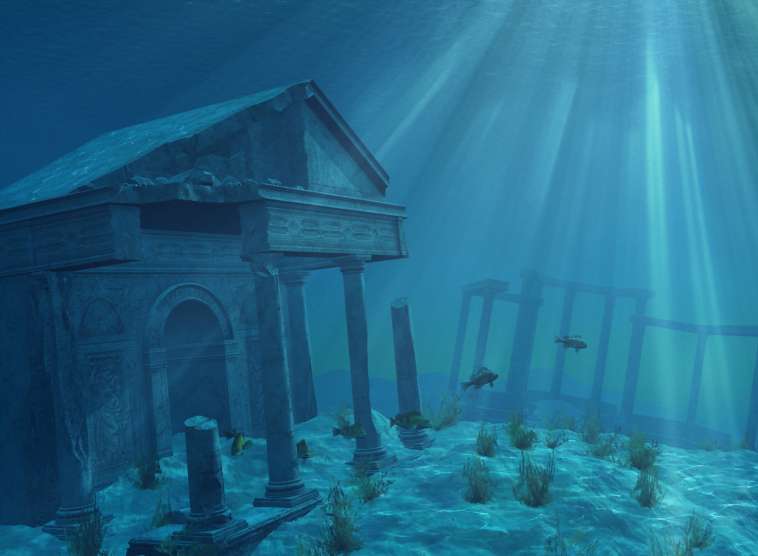 Atlantis is a fictional island as per the Greek mythology, which sank in the ocean because of an Earthquake or tsunami about 12,000 years ago. It is idealized as ‘a utopian society’ that could bring world peace which has caught the eyes of reveries, Newcomers of this generation. It has remained a hot topic for years now in books, in the hearts of readers. It is said that people have lost fortunes in search of Atlantis. There are still, at present, some archeologists and treasure seekers trying to find it.

Table of Contents show
1 How it all began:
2 Where is Atlantis?
3 How big was it?

How it all began:

It initially appeared in Greek Philosopher Plato’s work ‘Timaeus and Critias’ dated around 360 BC. It says that the Greek sage Solon received the story from a priest in Egypt, from where it passed on to his relative Dropiades who passed it to his son and he ended passing it to his grandson who shared it with a Philosopher named Socrates when others were present too.

Although there are many locations tagged to this, what Plato says in his book is “came forth out of the Atlantic Ocean. there was an island situated in front of the straights which are by you, called the Pillars of Heracles. Which in the present day are called Straights of Gibraltar, consisting of Poseidon Temple, canals and wells. Located in the narrow strip of sea which separates Spain and Africa.

Some say, looking at it from a perspective would give you a look at the tourist attraction, the Bahamas. Some British researchers say, they saw traces of its presence in Spain. Some still argue it’s located in the Mediterranean, off coast Spain and some believe it to be somewhere near Antarctica. Questions of its location remain unanswered.

Although we have progressed so much in the field of science, the whereabouts of this island still remains a mystery. The ocean where it appeared to reside is vast and full of secrets unveiled, to an extent that is unfathomable. There are a lot of things lost in the sea, a lot of treasure unfound and the city of Atlantis always tops that list.

How big was it?

According to Plato, “For the ocean there was at that time navigable; for in front of the mouth which you Greeks call, as you say, ‘the pillars of Heracles,’ there lay an island which was larger than Libya and Asia together; and it was possible for the travelers of that time to cross from it to the other islands, and from the islands to the whole of the continent over against them which encompasses that veritable ocean.” It’s probably the size of Asia and Libya combined. It was said to be the largest Greek island and some say it was a Giant city, unknown of the exact size.

According to Greek mythology, Atlantis city was created by God of sea, storms, and earthquakes. He made this city for a woman, named Cleito, with whom he fell in love within an isolated place, above a hill. It was said that Atlantis was inhabited with the most beautiful and intelligent place. He met her on this island. The new city of Atlantis, built by Poseidon was surrounded by rings of water.

There was also another hill of Cleito which was built for captivating her as Poseidon didn’t trust her intentions. This hill was surrounded by pillars.

It is believed that the half-human and half God beings were self-sufficient on this island. They grew their own food and grazed their cattle.

Although some believe that this is a fictional story, some still have the hope of finding Atlantis alive in their hearts. There exist conspiracy theories about its whereabouts and stories lingering and people believe it is based on a real-life story.