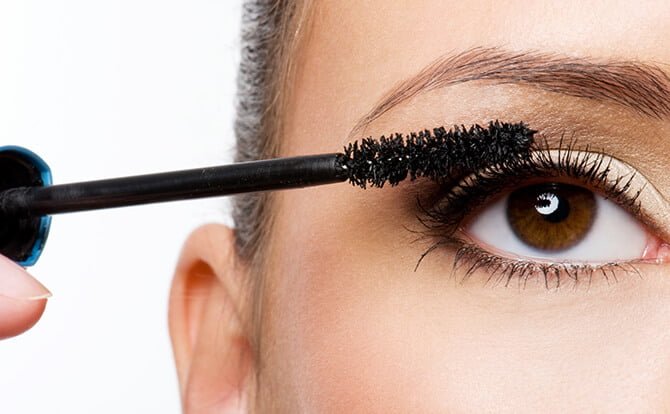 A Mascara will never disappoint you when it comes to your eye makeup. Everyone loves it because of the bold and classic look it gives to our eyes. But we hardly know some crazy and interesting stuff people about our favourite Mascara. Read below, to know what you don’t know:

The First ever Mascara

Mascara is not a recent invention, whose history dates back to 5000 BC when the Ancient Egypt’s used it as a cosmetic. Cosmetics and beauty formed an essential part of the daily lives of the Ancient Egyptians, who considered beauty as a symbol of spirituality. Hence, they used Kohl for their eyes and lashes. This simultaneously protects against long hours of exposure to the sun and dust. To make it long lasting and durable, they also used to add honey and crocodile stool to it.

The most expensive and fancy mascara ever made. It was specially customised for a client in Las Vegas by H. Couture Beauty (the company is not functioning anymore). The high-end cosmetic product’s casing was made of 18-carat gold adorned with 2500 diamonds. Not only that, the price that included unlimited refills, several discounts along with 24/7 phone support and gift wrapping services.

Not for Vegan & Vegetarian People

It’s a sad news for all the Vegan’s out there! Mascara’s have a substance called – Guanine, derived from fish scales (also found in your lipstick and nail paints). It is an essential ingredient used to add lasting shimmer and shining texture to the mascara.

The mascara that we use these days was created by the French perfumer Eugéne Rimmel in the 1830’s. His invention was so popular that till date mascara is referred to as ‘rimmel’ in several languages like French, Portuguese, Romanian, Turkish and Arabic.

The first waterproof mascara was found by the Viennese singer Helene Winterstein Kimberly in 1938. Her usual mascara made her look like a racoon when stage lights hit her (while performing) which motivated her to invent her own waterproof mascara and launch a beauty company La Bella Nussy. Though nowadays, you will find every other mascara waterproof, this particular cosmetic was not so successful previously. It had around 50% turpentine, the leading cause behind itchiness, and redness in the eye, whenever applied.

What better replacement than your mascara that dies just after three months- a permanent lash dye. This product called ‘Lash Lure’was a solid solution for your eyes. But when the cosmetic killed one woman and blinded several others, it was (unfortunately) banned from the market.

Notice this next time when you apply Mascara! We tend to automatically open our mouth while putting Mascara as it prevents us from blinking our eyes. This way, it also makes it incredibly easy for us to apply makeup.

Laziness, to wash off your make up before going to bed can be ‘ Hazardous to eyes’. Especially when it’s your mascara on, you might even lose 2-3 of your dear lashes. It stiffens your eyelashes, makes them dry, and can cause eye injuries as well.

Read Also: These Makeup Tips For Oily Skin Will Help You Stay Beautiful All Day Long!

20 year, college student A prototypical Delhi girl and a Gemini. Hardcore shopaholic obsessed with clothes, bags, makeup, and dogs. I am staunch a believer in Karma and a livsnjutare. Love traveling to the core of my heart, and happen to take wanderlust a little too seriously. Like to Invest some free time in painting, reading novels and psychology.