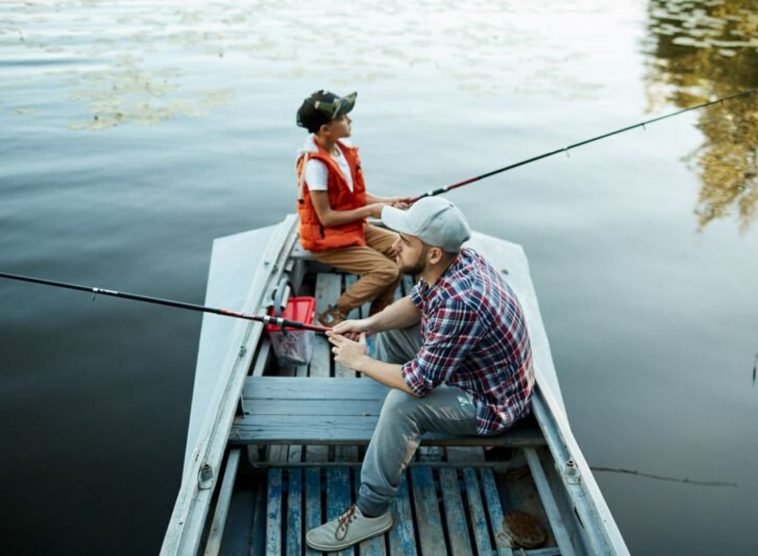 Of all the hobbies you could take up, fishing is one of the most relaxing. It’s just you, a rod, a body of water, and some time. Whether people go fishing to spend some time alone with their thoughts, or to spend some quality time with the people they care about, it’s an activity enjoyed by millions of people all around the world. It would probably be enjoyed by a few million more if all the people who’d ever wanted to give fishing a try actually went ahead and did it – and if you’re one of those people, this article has been written especially for you!

Human beings have been fishing ever since our ancient ancestors realized that some of the creatures that live in the water are edible. It’s the oldest hobby in the world, and also one of the most relaxing. Many well-established metaphors and turns of phrase come from fishing, and it’s even become a popular theme for video games.

You can play fishing simulators on your PlayStation, and you can even fish for money in online slots like “Fishin’ Frenzy” by Blueprint slots. In many ways, fishing makes for a perfect metaphor for playing online slots; it’s the act of throwing something into the unknown in the hope of getting something better in return! As fun as the online slots and video games are, though, they don’t compare to the real thing.

If you’ve always wanted to try fishing, but you haven’t yet got around to giving it a try, here are five compelling reasons to take up fishing in the near future.

1. Spending Time Outdoors Is Good For You

One of the most common pieces of health advice we’re told is that we should all spend more time outdoors. We’re not told that without good reasons. Multiple scientific studies have shown that spending time outside can bring numerous health benefits include reduced stress levels and lower blood pressure. It can even improve your memory, and that’s something that many of us struggle with as we get older!

Catching fish is only part of the point of going fishing. It’s exciting when you catch one, but the real benefit is getting some quality time to relax, park all the worries of your day to day life, and spend some time quietly reflecting and refocusing your mind. Leave your phone behind, switch off social media, and go and be at one with the world around you.

Nothing happens quickly when you go fishing. If you get a bite within a few minutes of throwing your line into the water, you’re a very lucky person. You can sometimes go hours without anything happening at all, and that teaches you a lesson in patience. Very few things in life that are worth having come quickly and easily and the simple act of fishing serves as a reminder of that. Over time, you’ll learn that if you persevere long enough, you’ll eventually get what you want. Most of us could do with a reminder of that occasionally, and going fishing is a good way to get one.

The majority of people who go fishing do so on a ‘catch and release’ basis, where the fish they catch are returned to the water and left to swim away. You’re still allowed to keep one or two in most places, though, and when you do, you should eat them. That’s not just because fish taste great; it’s also because people who eat fish live longer. That’s because they’re full of omega 3 – a fatty acid that has been repeatedly shown to prolong life in scientific trials.

The effects are more pronounced in older people, but even in younger people, it’s a way to stay healthier for longer. You could go to a supermarket and buy your fish from there to achieve the same effect, but where’s the fun in that? You’ll get a greater sense of achievement from catching your own supper!

4. Fishing Is An Important Part Of Conservation

This might sound counter-intuitive, but when you go fishing, you’re actually doing your bit for conservation by taking fish out of the water (and sometimes putting them back again). It’s not the physical act of fishing that achieves this effect, but the act of paying money for a fishing license.

The majority of the money raised through the sale of fishing licenses goes to waterway conservation or enhancement projects. In turn, those projects protect eco-systems on both a local and national level and protect fishing areas for future generations. Fishing is all part of the circle of life, and you’re helping to keep that circle going just by taking part. You can even consider it as your good deed for the day!

Life is one long lesson. Nobody will ever know everything there is to know, but there’s no reason for any of us to stop learning new things so long as we’re still alive. Fishing is a skill, but it also allows you to learn skills that complement it. There are different methods of fishing to learn, and different ways to tie knots. There are dozens of ways to cook and prepare fish.

These are basic survival skills, and who knows when they might come in handy? Aside from the basic skills, you’ll also learn more about the waterways and the types of fish that exist in them. You’re not just visiting nature; you’re finding out more about it while you’re there.

The biggest reason you should consider going fishing, over and above everything else we’ve mentioned here is that it’s fun. You get a palpable sense of achievement when you catch a fish, and it’s good for your self-esteem and morale. Spend a day fishing, and you’ll come back from it more relaxed, more patient, and more skilled than you were when you set out at the start of a day. That’s not something you can say about the majority of hobbies or the majority of days out. There’s a whole world of nature out there, waiting for you to come and take part in it. Start making plans!